Goh (not real name, H438) was a 36-year-old male. In June 2010 he had diarrhea and his blood pressure was low. He was admitted into a private hospital in his home town. An USG was done and he was told that his liver was not good.  After three days he was discharged from the hospital. Health returned to normal. Two weeks later his abdomen became hard. He went back to the hospital again and a CT scan done indicated hepatoma – or liver cancer.

Goh came to a private hospital in Penang. He was asked to undergo surgery, to remove half of his liver. An operation was done but was later aborted. This open-close surgery cost him RM 10,000.

Not knowing what else to do, Goh and his family came to seek our advice on 24 October 2010. His CT scan report dated 15 October 2010 stated: “Both lobes of liver are enlarged and studded with multiple ill-defined heterogeneously enhancing lesions. The largest lesion located in segment 4b measures 15 x 20 x 15.6 cm. Impression: Multicentric hepatoma with minimal ascites and dilated left intrahepatic duct.” 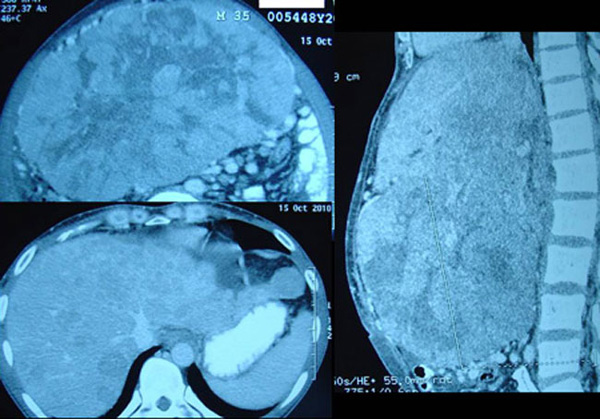 Goh presented with pains in the shoulder area. These pains only appeared after the surgery. Before that there was no pain. He was not able to sleep. His eyes were blood shot. His abdomen was extended with both legs swollen. His breathing was difficult.

Unfortunately, Goh died not long after seeing us.

Comments:  I don’t think it is necessary for me to give any comment on this case. The fact speaks for itself.  Goh died barely two months after this aborted surgery.  What do you think – would he have died earlier or later if he did not undergo that surgery? 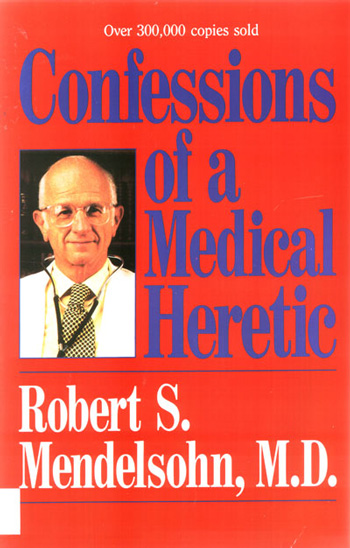 This is one book which I believe everyone should read - Confession of a Medical Heretic by Robert Mendelsohn.  The author is not an ordinary man. In the US, he wrote a syndicated column called “The People’s Doctor”. He was an associate professor at the University of Illinois Medical School and a director of Chicago’s Michael Reese Hospital. He was also chairman of the Medical Licensure Committee for the state of Illinois. In Chapter 3 of his book, Dr. Medelsohn wrote: