After Chemotherapy and Radiotherapy

Tahe (M319), a 75-year-old male from Bogor, Indonesia started smoking since the age of eighteen. In 2000 he underwent a heart by-pass surgery. In 2005 he had flu-like symptoms and had difficulty in breathing. These problems persisted for about three months. He then went to a hospital in Jakartaand was diagnosed with tuberculosis (TB). He was put on TB drugs. However, after taking medication for a week he had more coughs. Not satisfied, he went to a private hospital in Singapore.

Tahe, his wife, daughter and son-in-law came to see us on 29 February 2008 and related the story of what happened in Singapore. 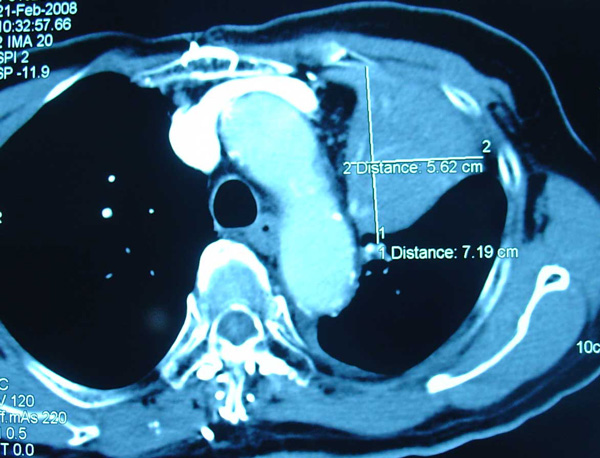 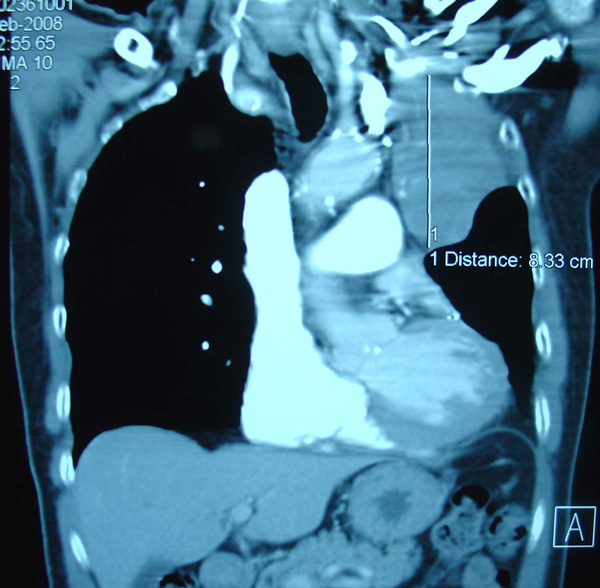 It is obvious that the treatments thus far had failed to cure Tahe. The doctor suggested more chemotherapy. But Tahe declined further medical treatment. He and his family came to seek our help instead. Tahe was prescribed Capsule A & B, Liver Tea, Lung 1 & 2 Teas, LL-tea and Kidney Tea.

Below are excerpts of our conversation of the night of 29 February 2008.

Chris: Okay Bapak – do you want to undergo more chemotherapy?

Tahe: No. I don’t want any more. My body is already weak. I am already old and have no more strength.

Wife: All his bones ached.

Chris: You must have spent thousands for your chemo?

Son-in-law: He spent a lot of money!

Chris: I have written this before – People who have money and who think they are educated, often die sooner. From my experience, in the case of lung cancer the tumour may shrink or even disappear after the treatment. But this does not mean that the cancer is gone or cured.

Chris: Now Bapak, you seem to agree with what I have said. But if I were to tell you this before you had your chemotherapy, you would not believe me.

Tahe: I did not know this.

Chris: Yes, even though you know this after I have told you this, you would not have believed me!

Tahe: No, I believe you.

Chris: No. Those who have not experienced what you have experienced or who had not taken the same road that you took, will never believe me when I say that:  after the chemo the tumour would come back.

Wife: The doctor told us before that his medication can only help 80%. No, the cancer would not go away totally.

Chris: Yes, this is what I have seen happen very often. After the surgery, chemotherapy or radiotherapy, the tumour may go way but after four or six months the tumour comes back again. And when it comes back, the cancer is going to be more aggressive. This is because the body is already weak. How can a weak body fight the cancer?

Wife: Now this is the time for God. Earlier on we were experimenting. The radiologist did tell us that doctors can only help 80%, the remaining 20% is due to God.

Comments: At CA Care we tell patients:  it is our hands but God who heals. We claim no credit. But in this world man believes that he is smatter than God! The fact of the matter is scientific medicine has failed Tahe. Let us be humble enough to accept that. The doctor suggested that Tahe go for more chemotherapy. What do you think could be the outcome – success or death?