HomeCANCER STORY: Success & Hard TruthRM 300,000 of Medical Adventures Did Not Cure Him

Henry, a 54-year old male, came to see us on 24 April 2009. He told us that he had spent about RM 300,000 to cure his lung cancer but failed. He could not see how medical science could help him any more. Also, he had spent enough money and probably is not able to spend anymore chasing after his cancer. Below is a brief outline of what had happened. 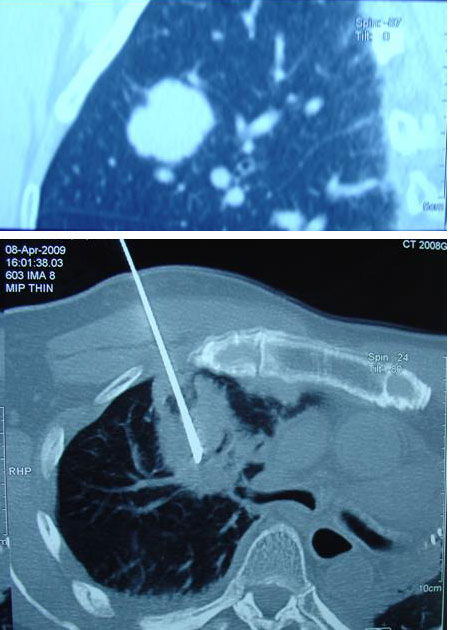 Henry came to see us on 24 April 2009 and expressed his dissatisfaction and desperation. He was started on Capsule A, Lung 1 & 2 teas and C-tea.

This is indeed a classical story which most lung cancer patients need to read before undergoing any invasive procedures – may it be surgery, chemotherapy, radiotherapy or taking of the oral drugs – Iressa, Tarceva or Alimta. Don’t be caught unaware and don’t be ignorant. There are some questions which patients should ask.

After all said and done, Henry had already spent about RM 300,000 for the above treatments. What did he get in return? Nothing, no cure. An initial lump of 1.5 cm had turned to become a metastatic lump of 3 x 2.4 x 2.5 cm in size, growing in the other side of his lung. This is more than what Henry has ever bargained for with his RM 300,000.

Needless to say, Henry was greatly disappointed. And disappointed patients are driven to herbalists and other alternative practitioners. What choice have these patients got now? Most of them, after an adventure like this, have almost exhausted their life time savings as well.

Let others who come after Henry learn from his experience.