Most of the Time It Cannot Cure Cancer! 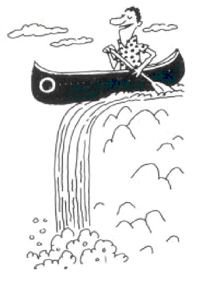 Radiotherapy … may eliminate the cancer initially, but not in the long run ~ Wolfgang Kostler.

Many radiation complications do not occur for several years after treatment, giving the therapist and patients a false sense of security for a year or two following therapy … the bone marrow … is largely obliterated … this is an irreversible effect ~ Robert Jones.

After Radiotherapy, There Would Be More Cancers Down the Road (?)

The problem with radiation is that like chemotherapy, it damages normal, healthy cells in the process of killing cancer cells.

Radiation severely depresses immunity and can cause serious chromosomal damage.

Radiotherapy is a powerful carcinogen; it causes secondary cancers in many patients exposed to it.

In one study, as many as 17 percent of the patients treated with radiotherapy developed secondary cancers within twenty years in the sites exposed to the radiation.

Radiation is routinely recommended for cancer patients despite the fact that there is no proven benefit to survival.

Although cancer specialists know that very few cancer patients are cured by radiotherapy, they continue to recommend it widely because they consider it to be a relatively harmless procedure.

Doctors are desperate that they are losing the war against cancer and want to do everything they can to fight the disease.

Patients are frightened and yearn for a magic bullet.