HomeCANCER STORY: Success & Hard TruthIs There A Cure For Cancer?

Is There A Cure For Cancer?

This is a tricky question with no simple Yes or No answer.

We can’t really talk about a cure for cancer in the same way that we mend and cure a broken leg.

Example: If a breast cancer is detected early, surgery may be able to remove all the cancerous growth. The patient is well and considers herself cured.

Unfortunately, this patient has a high risk of developing cancer again some years later.

The cancer may recur at the original tumour site or may have spread to other sites, such as the brain or bone.

We can’t be a hundred percent sure that cancer is completely gone even after all the medical treatments.

Experts rarely use the words cure for cancer.

The simple truth is doctors  can’t tell when or if you are cured of cancer.

To patients cure means there is no possibility of recurrence.

Doctors may search your blood, do CT scans and MRI, etc. for possible markers for cancer and found none. But still you cannot be certified cured.

Cancers like lymphomas and leukemias never go away completely.

Yes, they are under control and may no longer be life-threatening. Such patients are given a new label: cancer survivors – Veterans of Forever Wars.

Breast cancer may appear as if it has gone away but can recur many years later, suggesting that it is not really cured after all.

Some Doctors May Say You Are Cured of Cancer

Some doctors say: You are cured of cancer. But how can they tell?

This is when they could cut out a tumor and surrounding tissue until no more abnormal cells could be seen.

Statistically, such patients may have a good chance of being cured. But it’s only a statistical probability. And that probability may not apply to you as an individual.

The treatments used, like chemotherapy and radiation, can also trigger new cancers down the road.

So, only time will tell if you are cured – no human being can!

Prolonged Survival Is Not Cure

Experts use survival rates instead of cures when dealing with cancer.

A survival rate refers to the proportion of people with cancer who are expected to be alive at a later time.

The common yardstick is a five-year relative survival rate, i.e., ability to live for five years.

The number five used is an arbitrary figure. There is no scientific basis of choosing this number.

Being alive for five years does not mean the cancer is gone forever. It can recur.

Cure Is To Be Able To Live For 25 Years 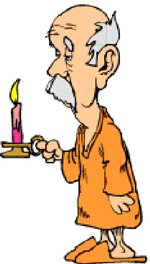 Often patients are told that after five years they can be considered cured.

If patients die or have another cancer one day after five years, they still make it into the statistics and are counted as being cured.

If patients remain alive but spend time going in and out of the hospital throughout the five years, they still make into the statistics to be counted as cured.

According to Dr. Karrison, patients need to survive for 20 to 25 years before we can say they are cured. To ask patients to wait this long may be bad for business!

Statistics are often sweet and deceptive!

Data can be massaged and manipulated to make things look good.

Response Is Not Cure

Doctors also talk about response. This too does not mean cure.

Response means the tumours shrink. But after that tumours often re-grow.

Example. The tumour in the lung shrinks or disappears after chemotherapy. Doctors call that either a partial or complete response.

Unfortunately, soon afterwards the tumour recurs and this time perhaps the cells are more aggressive.

Tumour shrinkage or disappearance could be meaningless, albeit a temporary cause for joy.

Dr. Ralph was quoted as saying: If you shrink the tumour by 50% or more for 28 days you have got the FDA’s definition of an active drug. That is called a response rate, so you have a response … (but) when you look to see if there is any life pro­longation from taking this treatment what you find is all kinds of hocus pocus. In the end there is no proof that chemotherapy in the vast majority of cases actually extends life … This is the great lie about chemotherapy.

More And More Of The Same Poisons

Why We Rarely Hear Experts Say They Can Cure Cancer

Medical experts understand and know that:

Cancer is not a single disease. Not all cancers are the same. Each type of cancer could develop, spread, cause illness and respond to treatment in completely different ways.

Many cancers are not reliably cured with currently available therapies.

No treatment can guarantee a cure.

For certain cancers, there is not even an effective treatment. Example: pancreatic cancer.

A Cure Is Striking a Jackpot

One eminent oncologist in Singapore said:

No Magic Bullet For Cancer

The pharmaceutical companies want us to believe that a cure for cancer will be found by a “magic bullet” drug. This will never occur

You won’t find a “miracle pill” anywhere that can magically conquer cancer overnight – not now, and probably not ever ~ William Fischer, How to fight cancer & win.

When Will We Cure Cancer?

The cure for cancer is not going to show up anytime soon, certainly not in the next decade.

There may never be a single magic bullet cure for cancers.

Treatments for advanced cancers are further over the horizon than anybody can see.

We probably won’t cure all forms of cancer in the 21st century. But we may very well learn to live with them.

Despite the frequent breakthroughs announced on the nightly news, a cure for cancer may be a nearly mythical notion.

Any Hope For Cure In The Future?

Thirty-seven years after President Nixon declared the War on Cancer, chemotherapy still leaves bald spots and none of the dozens of new therapies has come close to eradicating cancer.

After years of struggles in science and government there is the belief and hope that a cure for cancer remains a realistic possibility.

But the notion that a cure could eradicate cancer could be found soon is simply too naïve.

You get cancer, and most of the time you are sent to an oncologist.

The oncologist will look at some form of chemotherapy, and if it works, it works. And if it doesn’t, sometimes you die.

Dr. Peter Bushunow, medical oncologist said: But I wish we could say we can cure cancer … cancer still takes the lives of many of the people who have it.