Colorectal is a combination of two words – colon and rectum. Colorectal cancer affects the large bowel, the end portion of the digestive tract which holds the undigested food awaiting to be eliminated. 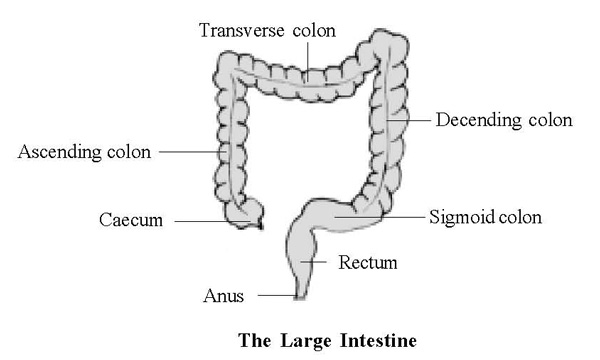 The colon is about 5 to 6 feet long and 2.5 inches in diameter. The rectum is the last 6 to 8 inches of the colon which ends at the anus.

A reported released by the American Institute of Cancer Research (16 Feb. 2009) estimated that approximately 45% of colon cancer cases and 38% of breast cancer cases in the US are preventable through diet, physical activity and weight maintenance.

This cancer is often called the silent killer. In most people the cancer does not show any obvious symptoms at its early stage. One early symptom, in some patients, is the tumour may bleed on and off giving out a small amount of blood. Sometimes, such bleeding is hardly noticeable.

Colorectal cancer represents 12.5% of the total cancer cases we have seen at CA Care. It is the third most common cancer we have encountered. Almost all patients who came to see us have underwent medical treatments. Surgery was the most popular option, followed by chemotherapy and radiotherapy.

The prognosis of the disease is poor if the cancer has spread to other parts of the body. This is considered as Stage 4. The five-year survival is only 5%.

How effective is surgery? If the cancer is at its early stage, surgery may extend your life. However, if the cancer has already spread, the benefit of surgery questionable except in cases of blockage.

How effective is chemotherapy? It is a standard practice that after surgery, patients are asked to undergo chemotherapy. Sometime, when the doctor does not think chemotherapy is indicated, patients themselves requested for chemotherapy to make them feel safe. This is the perception – chemotherapy is a must and is the answer, otherwise you die from not doing it.

I started to read reports in medical journals about chemotherapy and colorectal cancer. I must say that I could not believe my eyes and could not believe what I was reading was true. The above perception is not true at all.

This paper reveals the shocking truth:

2. What happen if patients had undergone chemotherapy? I expected almost all or a great majority of them to be alive at the end of five years. No, the data shows only 67% of them survived, and 33% of patients or one-third of them still die.

The difference of five-year survival between chemotherapy and no chemotherapy group is only 8%. From the academic point of view, the result is good, but I am not sure if cancer patients are happy about this. I believe this is not what patients are looking for. They are seeking for a real complete cure. If 100% cure is not possible, at least they expect a much greater chance than 8%.

One question comes to mind: Can this slim margin of 8% not be achieved by some other non-invasive ways? For example, does it ever occur to people that by just taking herbs and adopting a healthy diet and exercise, we can also increase our chances of healing colorectal cancer? I dare say too that the result could be better than 8% as in chemotherapy!

Chemotherapy causes severe side effects in most patients. With only a 8% benefit, is it worth the money spent and the risk?